Brand: WAHHAAJ  وهاج
Perfumes, Oud, Lifestyle Products.
'Wahhaaj' is a London-Based Fragrance and Lifestyle Brand That Aims To Provide Luxury Experiences and Products Through Principles and Teachings From The Religion Of Islam - Following the Quran and Sunnah.
The business began selling its products physically in person and in finding success, they wanted to expand the business online. But a problem faced was that they didn't want to be known as Just “So & So’s” perfumes, but for the business to be seen as a brand on its own, to be seen as ‘Wahhaaj'. Additionally, they also desired to position themselves more as a ‘luxury’ brand to climb higher in the Arabian fragrance market.
Thus, through a number of sessions and workshops with them, uncovering and establishing the brand's core values, we were able to design a comprehensive Visual Identity System + Voice for 'Wahhaaj' that addresses both of these goals.
Scope of Work:
Strategy, Messaging, Visual Identity.

The Logo
As the business desired to position themselves as 'Luxury', we crafted a bespoke wordmark as part of the visual identity. It includes subtle touches, all designed to personify the richness of 'Wahhaaj', while also keeping a sense of elegance and modesty.
Also, in recognizing the business's objective to distinguish their name, we decided for the name 'Waahaaj' itself to play a prominent role in the Visual Identity. Thus we crafted the wordmark with the intent of it being able to stand on its own, as the primary logo. 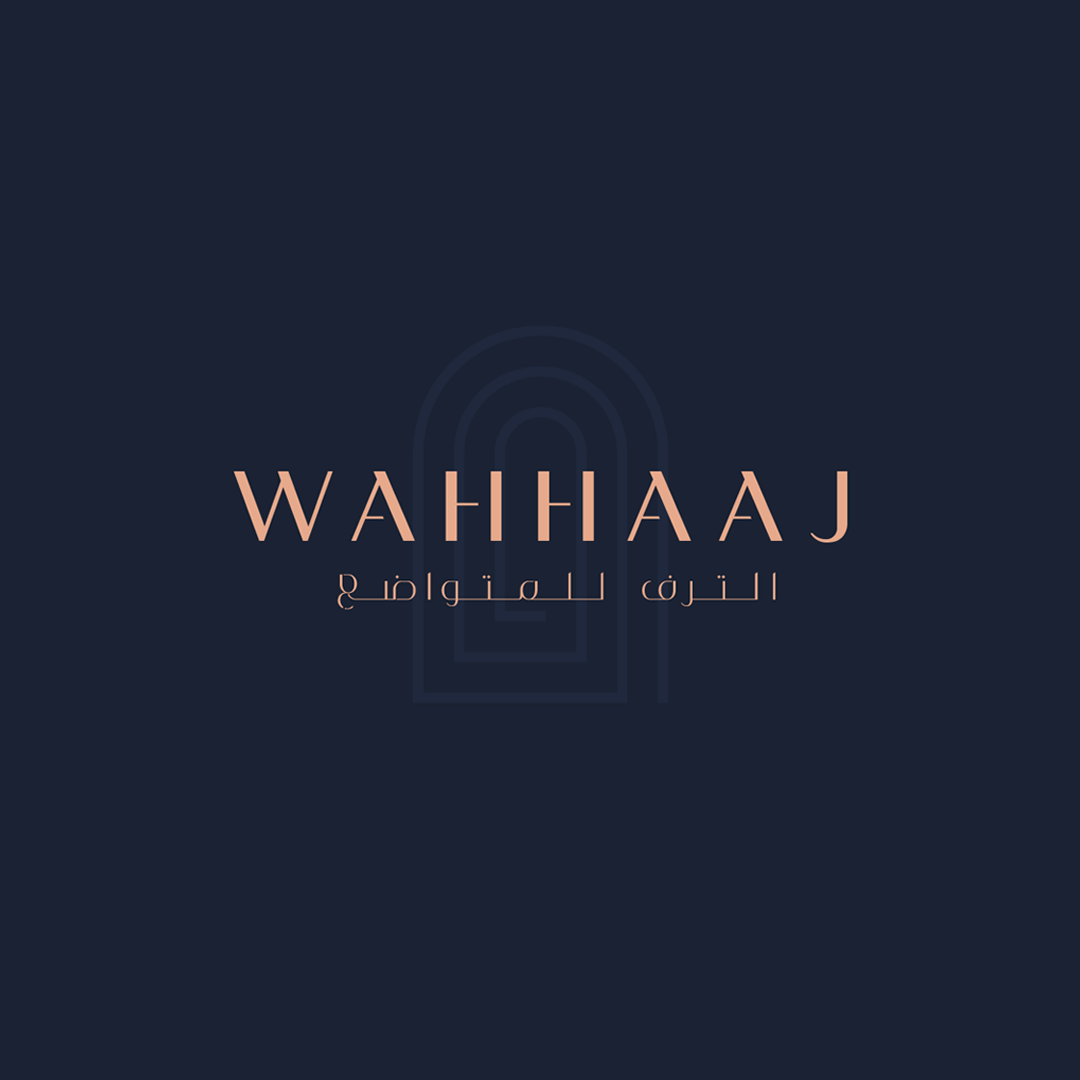 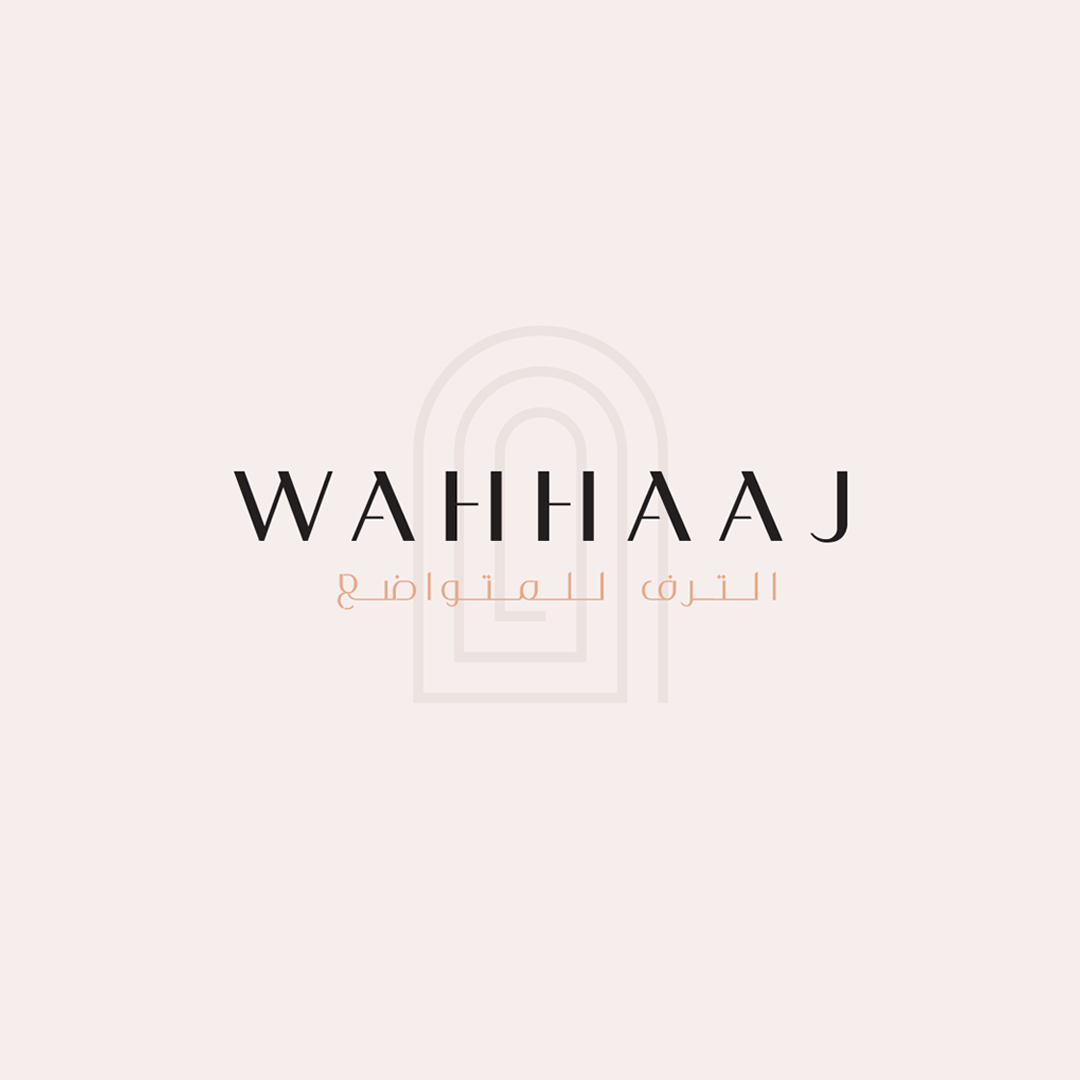 Colour Palette
The identity incorporates colours found in Middle Eastern culture & nature. The colours of sand and rose gold combined with a rich navy and matte black often associated with sophistication and composure, conveys a level of luxury while appearing refined and composed.

The Messaging
We designed the personality of the brand to be elegant and sophisticated, and we wanted this to be conveyed through the voice of the brand. We aimed for the messaging to be concise and comprehensive, while also carrying principles and teaching from Islam.

The Icon
The Icon itself, stemmed from the brand's mission to To Provide Luxury Experiences and Products Through Principles and Teachings From The Religion/Path Of Islam. Using the concept of ‘Paths’, we then combined references from historical architecture: paths, tunnels and corridors, to craft the icon of the brand.

The Packaging and Samples being one of the first initial opportunities the audience has to meet and come into contact with the brand was where we looked, in particular, to foster the luxury and messaging behind the brand. 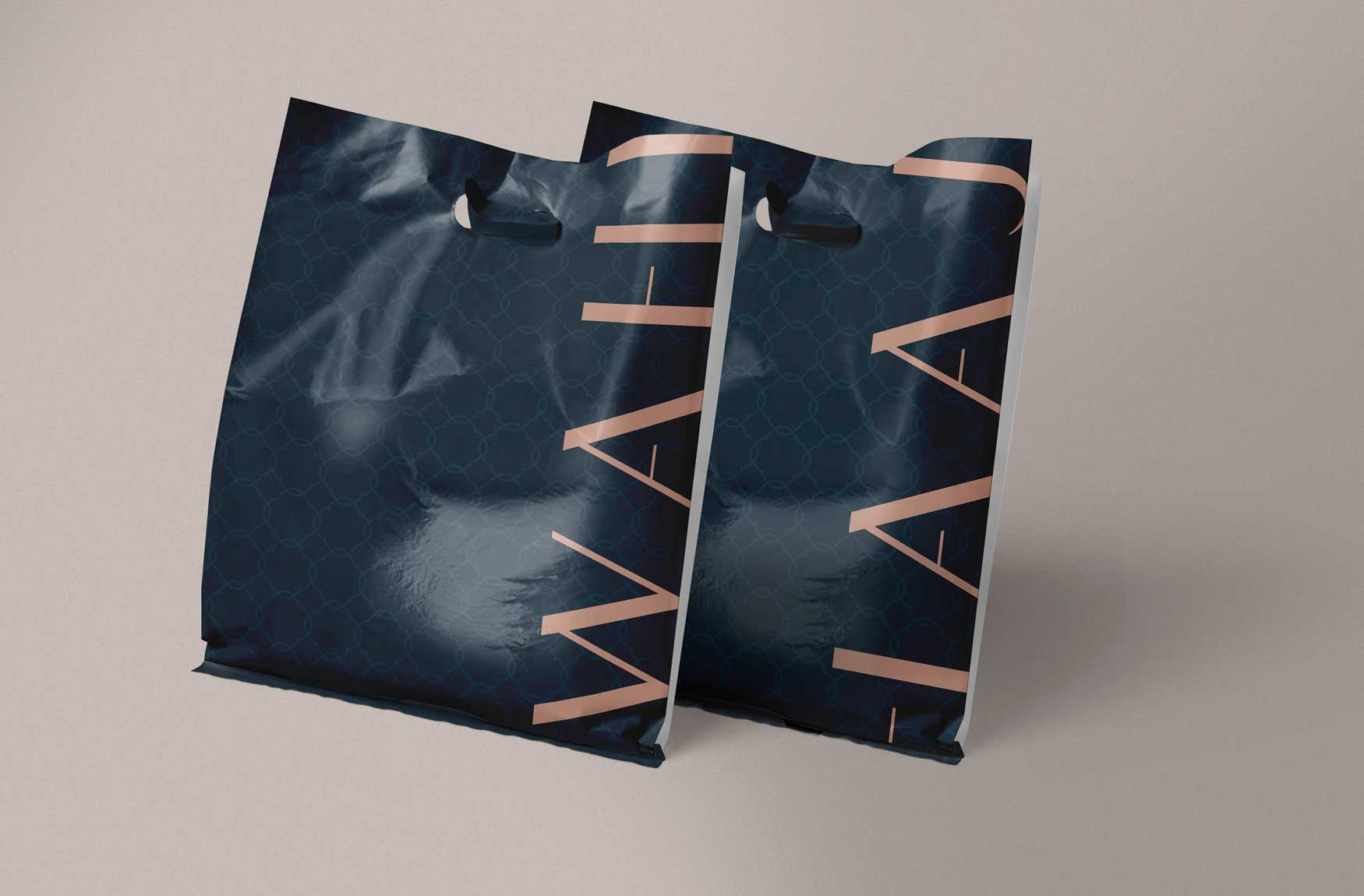 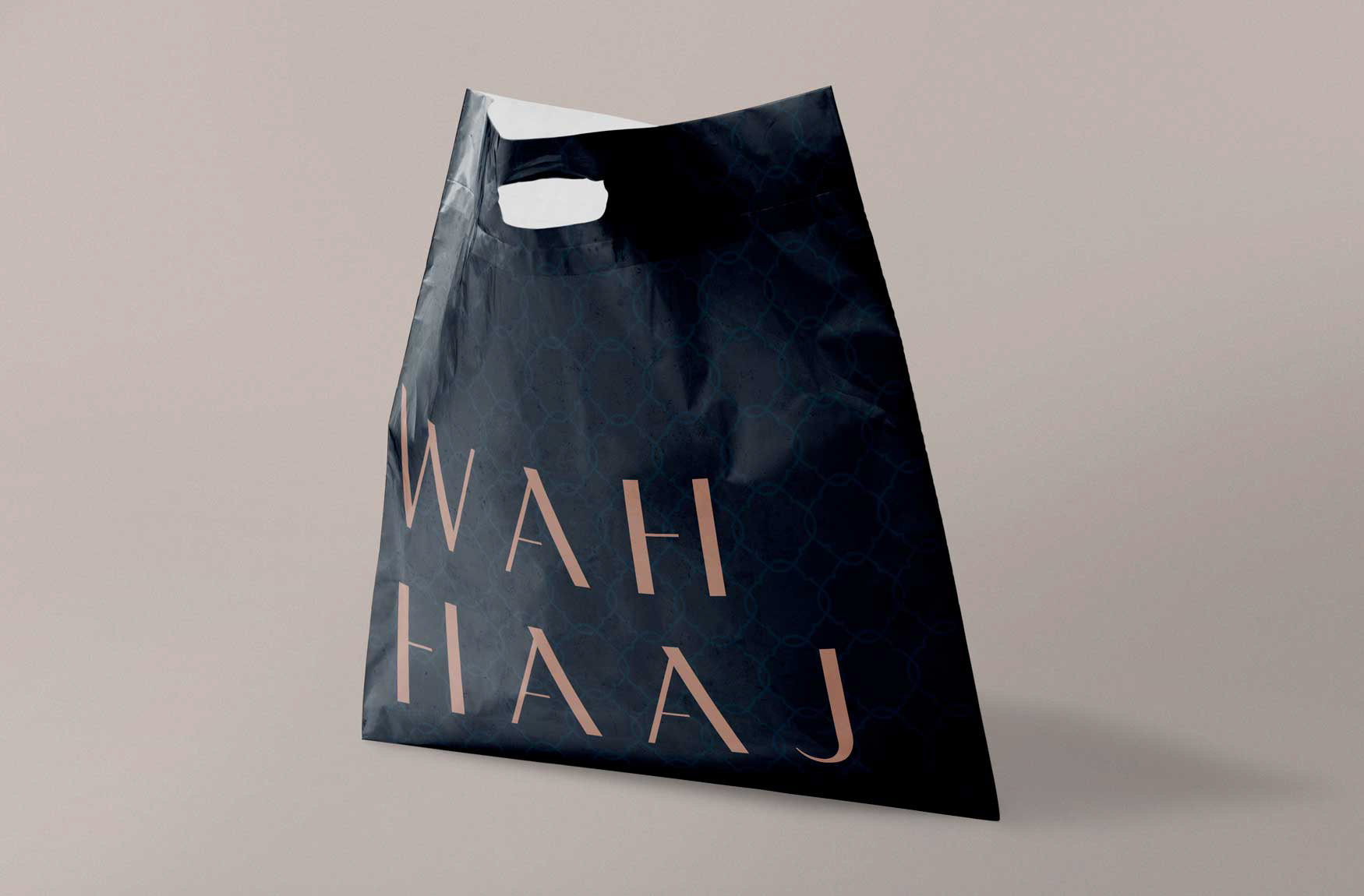